United we thrive, divided we fall! 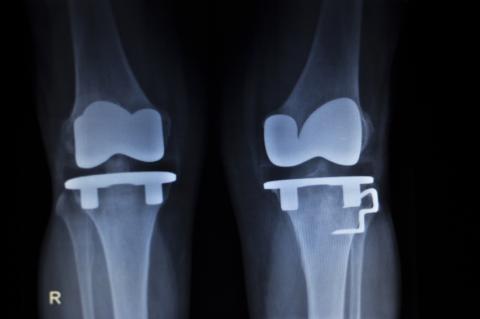 When Silicon Valley’s first entrepreneurs started creating machines that would change how we live, they famously worked together.

Fuelled by government resources in the wake of World War II, and at the height of the space race, its engineers collaborated to solve problems they thought would help their country, rather than viewing each other as the competition. Research even suggests that it is the presence of existing successful start-ups and a culture of collaboration—not talent—that makes Silicon Valley such a good place to start a tech business today.

It is this willingness to share that Vestech founder Greg Roger believes is beginning to transform Australia’s biomedical device industry. “What happened in Silicon Valley was that the various companies collaborated,” he says. “When they were having a bit of trouble in research and development they’d be chatting over a beer on Friday and saying ‘why don’t you try this in that chip, we find it works a bit better’. That meant that everyone accelerated.”

“The incidence of underutilised resources in companies is very high,” he says. “I used to run a company where we had one of everything—all sorts of machines and fandangles and everything—and nine hours out of ten those machines might be stood still because we weren’t manufacturing using that machine at that time.” Perhaps the easiest way for organisations to help each other is with know-how and old-fashioned advice, be it an understanding of potential pitfalls of a new export market or the best material to use for the latest instrument. “Those sorts of things are very hard to engineer, it’s very hard to put people in a room and say ‘quick help each other’,” Dr Roger says. “But once it happens often enough… people can be more open about what markets they’re approaching and get some useful advice from people who have been there and done that.”

Time for a wine!

Dr Roger believes Australia’s biomedical device industry has reached a tipping point where working together is a natural consequence of its size.“I don’t think anything magic’s happened, it’s just over time enough people have bumped into each other and networked,” he says. “It comes to a point where there’s a critical mass and I think we’re hitting that right now.”

Dr Roger says for start-ups who have always worked alone, it might be time to “come and have a wine” and chat to a few people at a networking event. A good place to start is AusBiotech’s BioBeers and Bubbles nights, and you don’t always have to join a networking organisation to get going. “I’d recommend they just turn up and see if they can’t be invited in, get a feel for it and decide whether it’s for them,” he says. Network, talk to people and “find out how the real world’s going”, Dr Roger says. “There’s the practical advantage of the information you might be able to get, or the opportunity for mentoring,” he says. “But the second big advantage is you find out that the tough life you’re having and the hard roads you travel—you’re not alone. “There’s lot of people out there suffering and having frustrating days, and that can be comforting.”

Another option is AusBiotech’s business matching program, which allows conference delegates to schedule half hour meetings with each other. “You get so much good information and people are generous with their time,” Dr Roger says.

“The other way that we can work together in this thing is with people who have worked through the whole system, often overseas, and have now retired. “Using them as a resource, as a mentoring system for young starters, is something we should be promoting.”

Dr Roger acknowledges “the fight’s tough” from Australia because we have a very small local market. “You can’t naturally thrive here, you’ve got to really get yourself up to speed to launch internationally,” he says.

“One of the areas where companies can help each other is collaborating in getting to the export markets.” “Isolation has its benefits as well” Dr Roger says. “We have an absolutely thriving medical research and healthcare sector, which is very innovative and open minded,” he says. “You have to be across how the whole world does it because we’re so far away. “In the United States you can be embedded in the US mindset and that really is enough because the market there is big enough but here we look at what’s happening in Israel, what’s happening in Germany… and that gives us a chance to be much more innovative.”

Dr Roger says that while Australia is not short on innovation and R&D excellence, we need to get better at commercialisation. He says companies would benefit from support that allowed them to visit a new international market, meet people and test their product. “You do that one or two years before you plan to go there so you start to plan towards it rather than getting a perfect widget, landing in the US going ‘who wants one’ and being amazed that it’s in the wrong colour box,” he says. “Those in-market tips are where we need a lot of help.”

The future is bright

Dr Roger is confident the industry has a very bright future, and recent changes mean there are exciting times ahead. “The environment now from a regulatory and government standpoint means it’s much more friendly to set up in Australia,” he says.

“If you add to that the fact that we’ve reached critical mass with lots of companies knowing each other, I think it’s going to be a very vibrant sector in the next decade at least.”

When we spoke today, I congratulated Prime Minister @AlboMP on his election. We discussed everything from fighting climate change to creating economic growth – Anthony, I’m looking forward to working with you and moving forward with progressive ideas.

Who would have ever thought there would be year 6 of the @FranklinWomen Mentoring Program 😱 as always in awe of the people taking part, both mentees and mentors 🙏 https://twitter.com/SethDevanshi/status/1529684041674665984

#FWMEntoring2022 started with @Melina_Gee One of the biggest cohorts of #mentees #mentors this year. Happy to be a recurrent mentor this year, thanks to @CentenaryInst