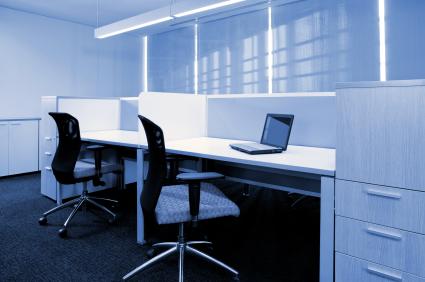 In 2011, a staff memo at BHP-Billiton was leaked to the press. The document set out a series of rules and accepted behaviours for employees in what the BHP HR team described as an effort to develop a quiet, clean and uncluttered office.  So far, so reasonable. But it was the sheer level of restrictive detail – no eating at workstations, personal items left on desks overnight to be confiscated, no coats hung over desk chairs, no post-it notes left on monitors at the end of the day – that suggested an office environment in which workers’ individuality was being corralled by excessive regulations.

Many of us have worked in office environments where there is a strong emphasis on cleanliness and lack of clutter. And working in such a space can be a great thing for those among us who work best in an environment of order, logic and process. But for others who are big picture people – who thrive on stress, who create order out of disorder, who use the chaos of everyday life to map out exciting new ideas, such draconian workplaces can be stifling to the extreme.

What many workplaces fail to recognise is that rules that encourage uniform activity and behaviour may result in some employees feeling that they are unable to do their best work.  In a 2012 interview with the Australian Financial Review, Harvard University management advisor Rosabeth Moss Kanter said that if staff are unable to express their individuality at work, they are unlikely to put forward ‘their best ideas and their motivation’.

To get the most out of staff, employers need to acknowledge that different personality types and different working styles can actually be beneficial when it comes to building an effective team. Organised, analytical types who crunch the numbers, enter the formulas, take the minutes and manage the project timelines are just as integral to a successful team as the big picture, big ideas people who provide the spark and inspiration. One type provides the foundations for success on which the other can build.

This idea is nothing new – team communication theories that use labels such as analyser, director, relator and influencer have been used to classify people based on their preferred working styles since the beginning of time. And, while there are as many variations on these theories as there are people in the world, the concept itself is what’s useful –these classification tools acknowledge that people are inherently different in terms of who they are, how they approach their professional roles, and how they interact with the people around them.

It’s often the big picture people who are lauded for their creativity and innovation in the press.  Think Steve Jobs, a modern-day visionary who was known for his aggressive and unconventional approach to business. But it’s also the big thinkers who are likely to struggle in modern-day offices.

Despite what we know about flexible work practices and encouraging creativity, the majority of offices are still taking a conservative approach in how they do business. We sit at desks in neatly ordered cubicles or offices. We use landlines and desktop computers. We sit around boardroom tables in inner-city offices, jotting down notes to type up later. Even the revolutionaries of the business world like Google are taking a stand against contemporary practices like working from home in favour of bringing people back into the traditional, face-to-face workplace.

Eighteen months on from the original BHP-Billiton memo debacle, and CEO Marius Kloppers is on his way out. Newspapers are crowing happily about his downfall and the clean-freak memo they say derailed him, but perhaps there is a deeper lesson for us to take away from this story: if we want our teams to function effectively, if we want more bang for our buck and if we want to see progress and genuine innovation emerging from the cubicles around us, we must acknowledge that there is no singular rule for the way people should function in a professional environment. Just as we shouldn’t be asking our tidy, analytical introverts to start providing ad-libbed PowerPoint presentations at company functions, nor should we be demanding that our creative thinkers spend their time organising their paperclip collections and revising the way they approach innovation. Instead, we should be working together to individualise the workplace as much as we can to create an environment in which everyone can achieve.