Strength from the storm: lessons learnt in winning a $450K grant 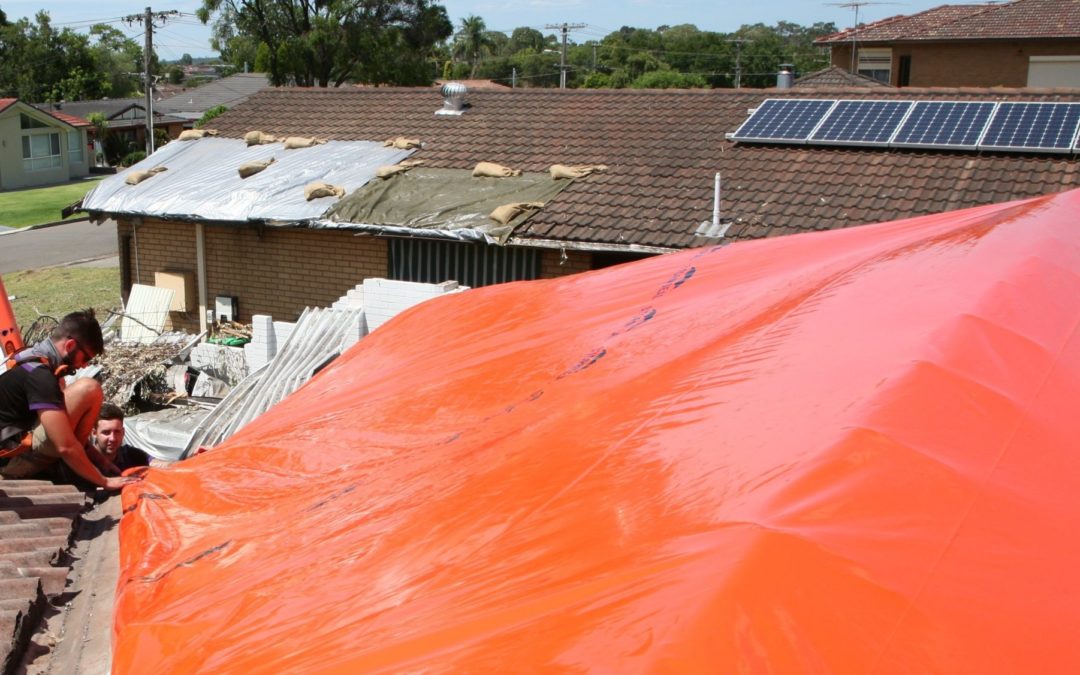 Good timber does not grow with ease:

The further sky, the greater length;

How would you feel if your start-up received A$450K in an Accelerating Commercialisation grant under the Australian Government’s Entrepreneurs’ Program?

‘We were absolutely ecstatic when the news broke that we were successful. Then the emotion of jubilation was replaced with an enormous sense of relief that our hours of effort had paid off and that with the grant behind us we were on our way to commercialising our idea,’ says Justin Gallagher, Sales and Marketing Director of Stormseal Industries. ‘We were just thankful that the rigorous application process was over and all the hard work we’d put in had proved worthwhile.’

On 21 April 2016, it was announced that Stormseal Industries was one of nine innovative Australian companies sharing $4.6million in funding from the Department of Industry, Innovation and Science.

It’s taken many years of hard slog for the Directors of Stormseal Industries to reach this milestone, and the grant application was some of the toughest work they’ve done.

‘Applying for the grant was four months of hard work. We spent about 400 hours on our application in total, while continuing with all other aspects of the development of our business,’ says Mr Gallagher.

‘But in the end, it’s been a hugely valuable exercise. We’ve climbed a steep learning curve and there are big rewards beyond the injection of cash.’

Though your dreams be tossed and blown

Walk on, walk on, with hope in your heart

Stormseal Industries did not achieve success without help.

‘We spent a month working on our Expression of Interest and scored an interview. The interview went well enough for us to progress to the application stage and have a commercialisation advisor appointed to assist us,’ explains Mr Gallagher.

‘No matter how well you know your industry and your invention, or how good you think your business plan is, an advisor with relevant commercial experience and expertise can make suggestions that will increase your chance of success, both in your grant application and in subsequent commercialisation.

‘We were really happy to be assigned a commercialisation advisor who had been on our interview panel and very engaged during our interview. Our advisor warned us that we might not like her so much by the end of the exhaustive due diligence process and she was pretty right about that!  Of course, we understood that she had to challenge us to make the best application possible, and knowing what a successful application could do for our business kept us forging on. In the end we were really grateful she pushed us so hard and believed in us.

‘Stormseal Industries’ Managing Director and I split the application between us and worked on different sections separately. The result was disjointed and confusing and our advisor eventually suggested that we needed help from a professional writer,’ Mr Gallagher says.

Natalie Chapman, Managing Director of gemaker, says ‘When Stormseal Industries came to us for assistance with their grant application, we found that they had an awesome product with enormous potential, but they weren’t telling their story well.’

‘At first, it seemed they just needed help with reordering the information and making it more coherent, so that the wonderful Stormseal story would be clearer to the reader,’ says Ms Chapman. ‘But it soon became obvious that there was other work to do, too.’

So what is the Stormseal story?

The brightest thunderbolt is elicited from the darkest storm.[3]

At the time, Stormseal Industries’ Founder and Managing Director, Matthew Lennox, was overseeing repairs and reconstruction in the Sydney and Hunter regions, on behalf of several insurance companies. Over the next two months, in wet and windy conditions, Matthew saw the damages claims multiply fourfold due to failing tarpaulins.

This sparked the idea for Stormseal, a unique polyethylene film that heat shrinks to cover a damaged roof or wall, protecting property from further weather damage until permanent repairs can be made.

During 2008, Matthew developed Stormseal’s innovative roof cover system with polymer expert John O’Neill. Two patents have been granted for the Stormseal film and application method, along with Trademarks.

‘Unlike flapping, leaking tarpaulins – the traditional alternative, which usually require multiple reattachments, using ropes and sandbags – Stormseal stays put. It is heat cured, increasing the strength of the film and fitting it snugly to the structure, without damaging any underlying materials,’ Mr Gallagher says.

‘Faster, cheaper and easier to install than a tarp, the low-density Stormseal film is cut and tailored at the worksite. It weighs less than one-third as much as, and requires less than one-eighth of the storage space of, a comparable area of tarpaulin.

‘The emergency responders, insurers and builders who have witnessed the potential of our versatile product know that it will cut their costs significantly, while keeping residents and policyholders safe and happy.’

She stood in the storm and when the wind did not blow her way, she adjusted her sails.[4]

‘We soon got the Stormseal story to flow well, but as we delved deeper and challenged some of the claims in their draft application for the grant, it became clear that Stormseal Industries’ financial assumptions needed some reworking,’ Ms Chapman says. ‘We also provided them with additional market research and strategic marketing advice to support and better articulate their commercialisation strategy.’

‘Robust questioning by both our Government advisor and by gemaker forced us to carefully scrutinise and adjust our marketing strategies and financial forecasts,’ says Mr Gallagher.

‘Even if our grant application had been unsuccessful, we would still have benefitted enormously from the painstaking analysis it required.

The application process can be frustrating and time consuming. But it also teaches you to be flexible and adapt quickly in response to feedback, and these are vital business skills.’

After every storm the sun will smile.[5]

‘Winning the grant reduces the financial strain on our families and allows us to commercialise Stormseal quickly to maintain our competitive advantage,’ says Mr Gallagher.

‘But in addition to the money, through the grant application process, thanks to the people in the Department of Industry, Innovation and Science, we have greatly extended our network of useful contacts among insurers, defence contractors and other emergency responders.

‘Having Government endorsement and connections makes market penetration much easier, both here and overseas.

‘My advice to anyone hoping to achieve similar outcomes is: be clear as to why you are going through the challenging application process; do plenty of homework because you’ll need all the evidence and data you can get to support your claims; and use professionals to polish and add value to your pitch.’

The fishermen know that the sea is dangerous and the storm terrible, but they have never found these dangers sufficient reason for remaining ashore.[6]

Justin Gallagher
Justin has more than 20 years’ experience in the financial investment-banking sector. He has managed sales and stock trading businesses for a number of international investment banks including ABN AMRO, Royal Bank of Scotland and Barclay’s. Justin has a sound knowledge of sales and business management.

Applications are open for the Australia Academy of Technological Sciences & Engineering's Elevate: Boosting Women in STEM scholarships. The deadline for Scholarships commencing in 2023 is 30 September. Find out more about the program and apply here.
http://ow.ly/U9qQ50K8p9n

This SME@UTS Masterclass series is dedicated to helping SMEs access knowledge and expertise. The upcoming masterclass on 15 September is on Complex Problem Solving and is open to SMEs from all industries. Register here.
http://ow.ly/2f6u50K8hrn

Getting more men into nursing means a rethink of gender roles, pay and recognition. But we need them urgently https://theconversation.com/getting-more-men-into-nursing-means-a-rethink-of-gender-roles-pay-and-recognition-but-we-need-them-urgently-184829?utm_source=twitter&utm_medium=bylinetwitterbutton via @ConversationEDU

The first AUS Symposium on Nuclear Skills, Research, and Advanced Manufacturing (SKRAM) organised by @UNSWEngineering and @AMGC_Ltd will be held on Tuesday 16th Aug at @UNSW CBD Campus❗️
A fantastic showcase and networking event for the future nuclear industry in AUS❗️#SKRAM2022

THIS. @mishaschubert talking about the @ScienceAU mission to have more valuable STEM expertise and perspectives in our boardrooms and around the decision-making tables of our companies and institutions @AICDirectors @ceda_news @Innov_Aus @thebrilliantHQ @CEWAus https://twitter.com/ceda_news/status/1557931199053832193