Pete’s Pearl – How many innovators does it take to change a lightbulb? 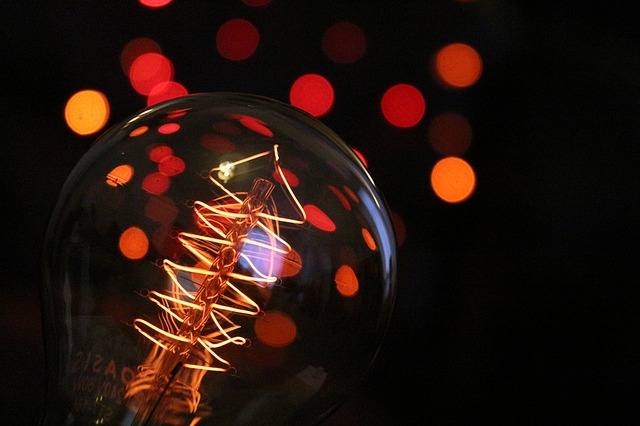 Spike Milligan added  …“but the Electricity Board said He would have to wait until Thursday to be connected.”

Some innovations have a long tail. Taking a world changing idea to market is often slow, and progress comes with baby steps. This strand of Pete’s Pearls is about: all little failures, trivialities and not-quite-solved mysteries that make success possible.

Innovation might be like scoring a goal, getting the ball into the net; but everything that gets the goal kicker into position for the winning shot is just as important. It’s the important moves forward that integrate lots of ideas, and it’s the hair-tearing failures that teach us what not to do. The story behind the light bulb is a classic case of a long tail of innovation.

Development of domestic lighting technology hardly moved with the speed of light. For more than 400,000 years people relied mostly on fire for lighting needs, or a full moon on a clear night. Then came wax candles to extend the day. Followed by oil lamps.  Whale oil was quite popular and a cheap source for lighting. Gas became a modern option for lighting around the 1820s. The incandescent light was a 19thcentury failure and a 20th century success.

Contrary to popular belief, Thomas Alva Edison did not “invent” the first light bulb, but rather he stood on the shoulders of those before him. For example: two inventors who patented an incandescent light bulb before Edison  were Henry Woodward and Matthew Evan .[1] As early as 1840, Sir William Grove demonstrated an incandescent lamp which worked for several hours, but nobody wanted a light bulb that cost a lot to make and only worked for a few hours.

In 1846 a man named Frederick Hale Holmes patented an electric arc lamp, an idea that British chemist Humphry Davy had demonstrated but not capitalised upon more than 40 years earlier. Then in the early 1870s Hermann Sprengel, a German chemist working in London, invented a device that could reduce the amount of air in a glass chamber to one-millionth of its normal volume, which would enable a light bulb filament to glow for hundreds of hours. All that was necessary now was to find a suitable material for the filament.

Edison saw the problem of commercial success for his version of a filament light bulb as one of also needing to invent an entire system of generation, distribution, installation, maintenance, and billing of electric power. It took another 80 years of trial to get the product to the point of being commercial.

Not many inventions last for more than 100 years, without major modifications, as the household light bulb has.

That fairy-tale view implies that for an innovation so popular as the light bulb there is a happy ending. Royalties will come in forever, won’t they? They won’t. What the consumers want and what we need keeps changing. There is enormous incentive now for innovators, inventors and technicians to turn their skills to improving light bulbs.

A significant proportion of the world’s population still has no access to electric lighting at all. The rest of us continue to rely on burning scarce fuel to generate electricity to eat dinner and read books at night. Incandescent bulbs are very inefficient light emitters, converting only about 5% of the energy they receive into light. Those of us in the developed world with ready access to electricity find that 20% of their costs for electrical power is absorbed by lighting the night. And the costs are increasing so quickly that more and more people are driven to turn out the lights and work in semi darkness.

What if the humble light bulb of the future wasn’t a light bulb at all? For private homes, the most obvious switch is from incandescent bulbs to compact fluorescent systems (CFLs), marketed in many countries as “energy-saving bulbs”. The future may see even more efficient systems. Light emitting diodes(LEDs) hold out promise; currently four times as efficient as incandescents. Manufacturers are aiming for 80% efficiency by the end of the decade, which would represent a 16-fold improvement on the traditional bulb.

Solid State Lighting (SSL) is the most innovative technology emerging in the market. It is based on light emitting semi-conducting materials that convert electricity into light. SSL lights are already proliferating in traffic lights and car lights. A big change will come when innovators learn how to bottle sunshine and sell it for later use, just like bottled water.

With the capability of rare earth elements improving battery performance dramatically, we may be able to use ‘bottled’ solar energy to turn night into day on demand, and forget all those corny jokes about changing a light bulb.