Pete’s Pearl – The Age of Discovery 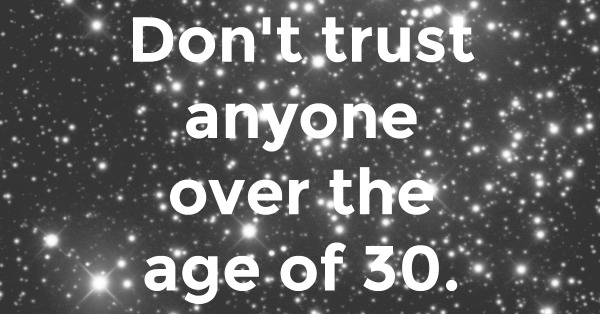 How valid is that rule today for innovation management?

Einstein was once quoted as stating that: “A person who has not made his great contribution to science before the age of thirty will never do so.” In fact, he was a mere 26 years old working in an Swiss patent office when he came up with the idea of special relativity in 1905. Most of us know that Bill Gates made his breakthrough when he was only 19. The founder of Facebook was a fresh-faced whippersnapper. But these celebrities are exceptions. Youngsters are very good at anarchism. Many striplings confuse creativity and innovation with fashion, fads and change-for-change-sake.

In truth, great innovation is less and less the provenance of the young.There is evidence you will do better by putting more confidence and resources on the desks of your older stars if you really want to improve your organisation’s productivity, or back a sustainable and profitable innovation.

Vivek Wadhwa[1] argued in 2008 that more tech entrepreneurs have grey hair and years of previous experience when the lightbulb of innovation clicks on. Benjamin Jones[2] contended in 2010 that there is a trend towards smarter oldies, and the trend is on an upward swing. The Kaufmann Foundation agrees, saying that entrepreneurs between the ages of 55-64 are about TWICE as likely to be successful as entrepreneurs in the age 24-30 category!

For example, Grace Murray Hopper was in her mid-40s when she created the first computer software compiler. Experimental innovator Elizabeth Hazen was aged 66 when she discovered Nystatin, the first useful fungus-killing antibiotic, with colleague Rachel Brown, 53. This discovery was made near the end of her career, building on years of experience and accumulated knowledge. Today great achievements in innovation are even more likely to be produced by older innovators than a century ago.

In Age and Great Invention, Jones drilled deep into the data on Nobel Prize winners in Physics, Chemistry, Medicine, and Economics over the past 100 years, and on outstanding technological innovations over the same period. He found that there were few great achievements produced by innovators before the age of 19, and only 7 percent were produced by innovators at or before the age of 26.  40 percent of great innovations occurred when the inventors were in their 40s, and 14 percent appeared when the inventors were over 50.

Factors which could help explain a trend towards success of older innovators are:

So, two important considerations stand out for all innovation managers: