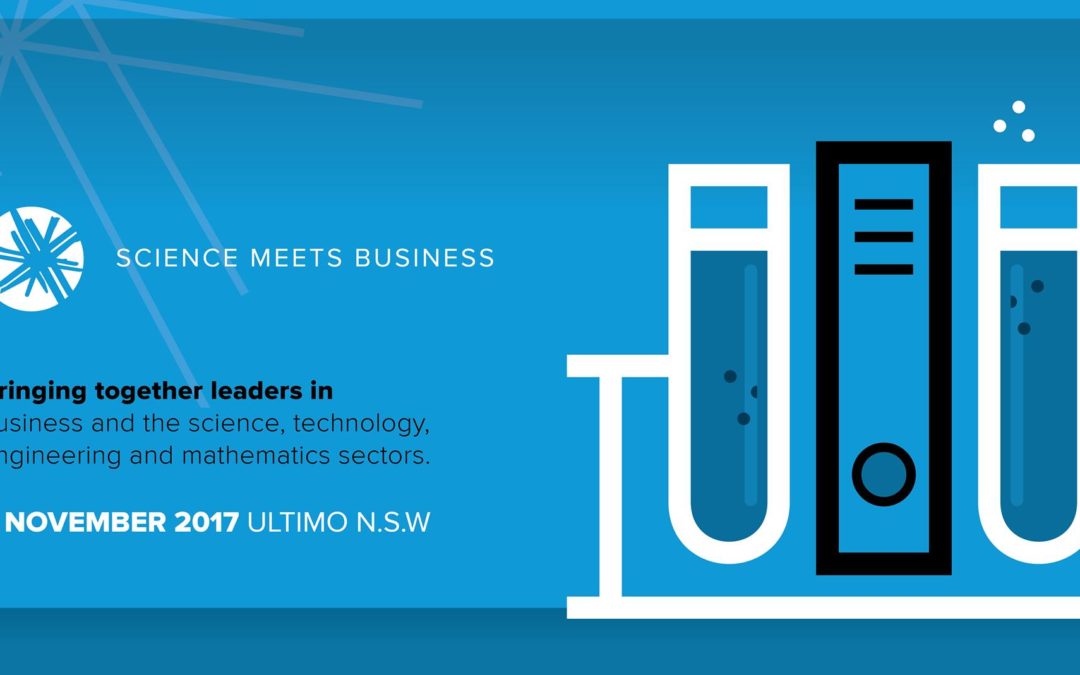 This year’s Science Meets Business conference was an inspirational mix of policy, practice and promotion aimed at researchers, policy makers and industry partners.

There were four presentations from business and political leaders, discussing the present state of Australia’s innovation system, its future challenges and global performance.  While more needs to be done, there is much to celebrate in the progress that has been made. A recurring theme was there is much to be positive about in the science and innovation field.

Catherine Livingstone opened the event with a thought-provoking discourse touching on the future of work, lessons from Israel’s innovation ecosystem and some thoughts on the reform needed in higher education and our debt sector.  The boom in artificial intelligence could have a large impact on employment, but we can turn this to our advantage if learn from Israel and adopt a “can-do” attitude towards science, innovation and entrepreneurship.  Catherine urged us to be positive about our scientific performance and not engage in “lazy anecdotes” that “we are not doing enough”.

Craig Laundy, the Assistant Minister for Industry, Innovation and Science, explained that while “innovation” had become a dirty word, it is critically important to our nation’s future.  While promotion of the government’s “innovation” policy had been subdued in the last 12 months, progress is being made through the implementation of the National Innovation and Science Agenda.  For example, there has been a 100% increase in venture capital funding over the last 12 months.  Also, 15,000 jobs have been added in manufacturing, mostly in non-traditional businesses.  An example of these new manufacturing businesses is the Deakin University/CSIRO partnership in carbon fibre spinning in Geelong. (http://www.carbonnexus.com.au)

Mr Laundy is keen to hear of examples and case studies of successful stories of business growth or start-up success.

The policy of the alternative government was presented by Senator Kim Carr.  While Senator Carr is sceptical of the wholesale job losses through automation, he discounts the value of jobs from the “new economy” arguing that they are hollowing out outer suburbs and rural areas where traditional jobs have been lost.  Senator Carr urges a return to traditional manufacturing and cites the example of Germany to support his argument that the industries and jobs we desire are a political choice.

The last lecture of the day was from Dr Stephanie Fahey, the CEO of Austrade.  Dr Fahey made a call to action for “team Australia”, arguing that we have not been taking our rightful place on the world stage in technology investment.  The most recent example is the level of investment in AI; 2016 investment was $139b, yet investment from Australian entities is currently zero.

Dr Fahey is positioning Austrade to facilitate these investments, establishing “landing pads” in five technology hubs around the world.  Yet adjustment in government policy and regulation is required before multinationals will invest.  These include a single front-door for universities, reduced transaction costs and a change in the Universities’ restrictive attitude to IP.

To keep the participants engaged throughout the day, this year’s symposium used every break as an opportunity for networking and skills practice.

All participants had the opportunity to pitch their venture or research to one-another in a session facilitated by Google Australia and FusionLabs.

The program included several “workshops” which facilitated participant feedback.  gemaker and Stormseal demonstrated how vital R&D and marketing are for business growth.  EMCR Forum asked researchers how best to kick-start collaboration with industry.  Dr Catherine Ball and Stuart Phinn demonstrated how “earth observation” and drones are impacting us every day.  The workshops were a practical way of showing stories of successful collaboration between science and business.

Several sessions on the programme were devoted to sponsors to present their views on innovation, science and collaboration with industry.  Most of these focussed on services for university researchers and start-ups (EMCR, Innovation Connections, IP Australia) while GE demonstrated how this very large but old company has changed its product and service portfolio to remain competitive and profitable.

Overall, this was a worthwhile and well-organised event.  Many of the attendees are the decision makers in universities and government and the networking was extremely valuable.

Between “Science and Business”, there is enthusiasm, capability and intention in this sector.  However, the missing link is “government” which has a critical role in translating outcomes from science and business collaboration into national benefit.  When three of our top four contributors to GDP are Iron Ore, Coal and Natural Gas, we seem to lack the urgency and political will necessary to truly transition to a global science and innovation leader.  Our hope must be in the likes of Catherine Livingstone, Dr Stephanie Fahey and others to convince the government of the need for urgent action. 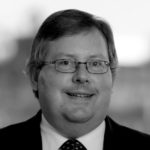 With an engineering background, James combines strategic marketing mastery and product development expertise, derived from decades of experience with leading global companies, especially Cochlear. In 2010, he won the Engineers Australia Design Excellence Award and the Red Dot Award for Product Design. He is named as the inventor on six patents. His current role as Commercialisation Manager with gemaker is to support diverse clients – researchers, inventors, startups and expanding businesses – through the many stages of commercialisation, including idea validation and protection, industry engagement, funding acquisition, product development, and marketing.

Each month, we provide valuable information on innovation, commercialisation, funding and business growth for researchers, inventors, startups and expanding businesses.