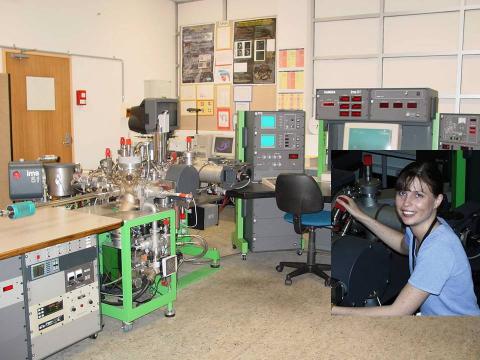 By nature and definition, scientific researchers are curious explorers who boldly broach frontiers, from nanospace to outer space. Shining the beams of their logical hypotheses into the darkness of ignorance, they bravely step forward into the unknown, extending the illuminated domain of human understanding by one replicable-experiment-and-result after another.

Yet I know that many of these otherwise courageous pioneers quake at the thought of venturing into an inhabited region virtually unknown to academics, marked with the warning ‘here be dragons’: the mysterious land of… Industry [ominous chord].

Calls that Australian research is not being adequately translated into commercial advantage for the nation have been heard for more than 20 years. Now, the Australian Government is making changes to universities’ funding that will compel researchers to cross the border from Academia into Industryland, to meet and trade with the natives, under the banner of ‘industry engagement’. This is inspiring for some researchers, but nerve-wracking for others.

I empathise with those who feel nervous, because when I was a new researcher, I was sent on a commercialisation mission into Industryland, and I was frankly terrified because (a) I had no map to guide me, (b) I didn’t know the natives and thought they might be hostile, and (c) I felt that I lacked some of the skills I would need to survive. But I not only survived, I ultimately thrived, and I believe others can do the same, using the tips and techniques I learnt along the way.

Fifteen years ago, I started in a role at ANSTO where I was tasked with operating a SIMS surface science instrument (Secondary Ion Mass Spectrometer) on behalf of clients (researchers from around Australia) and conducting research, as well as being expected to create a spin-off business by finding new clients from research and industry.

This was an ambitious and daunting project. Not only did I have to learn how to operate an extremely complex piece of scientific equipment (it took me six months to achieve competency), but I also had to provide a highly reliable service to existing clients, while finding enough new customers to support the annual operating expenditure.

I had some experience in a quasi-marketing role in student recruitment at the University of Wollongong and had studied a few business and marketing subjects.

However, I had no background in semiconductors (the field of R&D for which the instrument was ideally suited), no knowledge of which research groups or companies (Australian or international) were strong in this field, and no clue how to create a commercial relationship with them.

As an explorer of new frontiers, I was definitely more Will Robinson from ‘Lost in Space’ than Captain Kirk of the Enterprise, and I didn’t have Dr Spock or even an arm-waving robot to alert me to danger. It was a tad bit overwhelming.

But my scientific training had at least equipped me with problem solving skills, so I took a deep breath and drew my own map: a logical sequence of steps to take. I recommend that any scientist feeling daunted by demands to commercialise their research should take a similar step-by-step approach, to make the task manageable.

Below is the trail I blazed into Industryland, for other explorers to follow:

Did I succeed in establishing an ANSTO colony in Industryland?

Sort of. I certainly found new customers for ANSTO. But the proposed spin-off company was not viable, because the Australian market was simply too small, and to succeed in South-east Asia, we needed a back-up instrument to offer 100% reliable service.

Nonetheless, I returned from my expedition with a new mindset, a new skill set and new confidence in my ability to engage with the inhabitants of Industryland, while remaining true to my values and my first love, Science.

After further adventures in the fascinating territory of technology transfer, I established gemaker, which I see as a frontier trading post between Academia and Industryland. We equip researchers crossing the border, to ensure they have everything they need for a successful journey to industry engagement and commercialisation.

We can teach you to be a self-sufficient traveller, or provide a seasoned guide fluent in the local language and customs, to accompany you.

Then all you have to do is present your passport and boldly go!

EOIs are sought from Australian SMEs with relevant clean technology solutions ready to showcase at an international event.