Is Commercialisation the Dark Side of research? 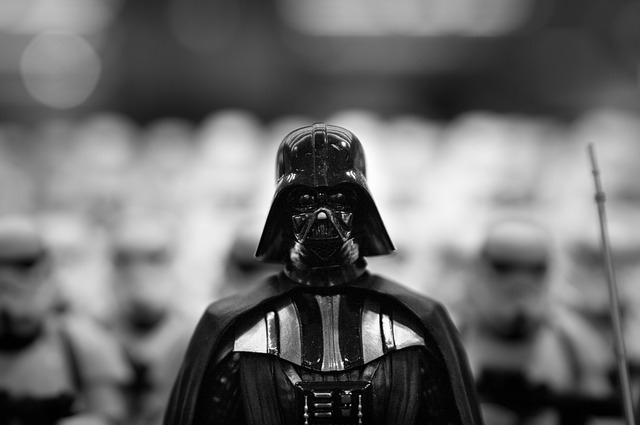 Star Wars fans – including me – celebrated Star Wars Day last week, on May the 4th… be with you, and recently we have enjoyed the latest instalment in the movie series, so I feel this is a good time to explore the topic of research commercialisation using terms that a Jedi Knight would recognise.

The Federal Government is seeking a better return on its sizeable investment in research. The Government believes they will get more bang for their buck through:

To some, this push for a more commercial and applied approach to research is like the Emperor urging Luke Skywalker to embrace the dark side of the force.

Like a Jedi apprentice, I began my science degree because of my love of and interest in science. I was not interested in doing a business degree or any degree that would purely maximise my salary prospects. I wanted to work in a field that I enjoyed, where I could make a difference, while also hopefully being paid well.

I chose an honours project close to my heart, involving ‘cis-platinum’ chemotherapy for breast cancer, with which my auntie had been recently diagnosed. Unfortunately the project was given to a student who was less passionate about it, but had a higher grade point average than me.

I was forced to find an alternative project. Seeking something with practical application, I ended up changing universities and choosing a project sponsored by a company seeking a solution to a problem. It came with a scholarship, so I could eat. My honours thesis titled ‘The wettability of rough surfaces’ looked at why roughening a surface could make it more hydrophobic (water beads up on it and rolls off). This could then have practical applications including cheaper alternatives to teflon for non-stick surfaces and paints to reduce barnacle build up on boats.

When I started work at ANSTO, in a role that was half research and half business development, I was tasked with creating a spin-off business involving one of the research instruments. Under the government of the day, spin-off companies were all the rage, accessing Commercialising Emerging Technologies funding.

As I was introduced to other research staff, a term came up that I was familiar with, but not in a work context. Some researchers referred to me as having moved to the “dark side”.  This was said as a joke, but it stemmed from an underlying belief that anyone associated with commercialisation, or engaging with industry regularly, was doing something wrong.

The implication was that there was something suspect about me for being involved in this type of activity. I was young and green and this caused me concern, that researchers thought less of me because I was ‘tainted’ by commerce.

Being older and – I’d like to think – somewhat wiser, I now reflect that, had I continued along the pathway of medical research into breast cancer, perhaps I would have made an amazing discovery that could have saved many lives. But for my research to result in a cure would require the involvement of commercialisation experts – the kind of person I have become.

Between a cancer research discovery and a cured patient lies the long and arduous process of commercialisation, a journey through regulations, clinical trials, protection of intellectual property, product development and sales. It requires a team-based approach, where research and commercial staff work collaboratively to achieve a common goal. Blending the team’s diverse skills is essential to success.

I know now that being responsible for industry engagement in, or commercialisation of, a project rather than the research, does not mean my work is any less important, pure or noble. I’m using my strongest skills in the best way to have a positive impact for humanity, in my own way.

Commercialisation experts are necessary, not evil. We are not the Sith, we bring balance to the force by forging new Australian industries and actively training young researchers in the ways of industry, for research alone cannot achieve a better future.

I believe commercialisation is not the Dark Side, it’s A New Hope.

This article orginially appeared in the Australian Science and Innovation Forum website here.