Is Australia’s glass of innovation half full or half empty? 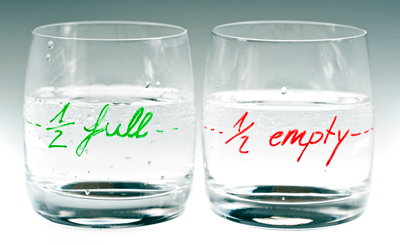 Is Australia’s glass of innovation half full or half empty? I thought, as Science & Technology Australia’s second annual Science Meets Business conference began.

At this gathering of 200 leaders from research, the private sector and government, some pronouncements tolled like a death knell:

But the conference was heavily oversubscribed, suggesting that academia and industry are keen to find better ways to work together, and I agreed with Anne Kelso, CEO of the National Health and Medical Research Council (NHMRC), who suggested we ‘focus on what works, rather than castigating ourselves for what’s wrong’.

So we began to celebrate successes, generating a hum of excitement:

BUZZ… Sirtex, a liver cancer treatment commercialised out of the University of Western Australia, is now returning dividends.

BUZZ… Traditional rivals, Monash University and the University of Melbourne, have a new, collaborative, biomedical enterprise.

BUZZ…  NHMRC are developing a research grant scheme with industry experience as a selection criterion, improving the commercial literacy of researchers with YouTube talks, and enhancing their website to promote industry engagement.

BUZZ… Professor Jane den Hollander, Vice-Chancellor of Deakin University, reported that they are changing criteria for promotion to include industry engagement, and bringing businesses onto campus to promote liaison.

BUZZ… Elizabeth Lewis-Gray, Chair of the Industry Growth Centre for Mining Equipment, Technology and Services, explained that the resources bust isn’t the end for the world-class, Australian mining technology industry (approx $60b) or the mining sector as a significant contributor to GDP.

Overall, my experience at Science Meets Business was overwhelmingly positive. Stimulating speakers at the forefront of diverse fields provided expert commentary on hot topics and inspiring examples of best practice. Here are some of the messages that clicked with me:

CLICK… CSIRO’s Marcus Zipper said ‘innovation is a team sport’, so rather than competing for funding, customers, talent and projects, research organisations should play as Team Australia.

CLICK… Past Chief Scientist, Professor Ian Chubb advocated for fewer recipients of greater funding, rather than small investments in a broad range of research projects.

CLICK…  Ken Boal, from IT leader Cisco, said ‘What drives industry nuts is that they can’t Gannt chart research… The language is different, so take time to understand each other upfront, or you will be misaligned.’

CLICK… A number of speakers felt that compulsory marketing and communication subjects for science students would help them develop a more commercial mind- and skill-set early on.

I concluded that Australian research has far more potential to quench society’s thirst for technological solutions than a half glass of water. Rather, innovation is an ever-flowing underground spring and Australians across the research-industry spectrum can tap it, if we help each other to dig deep.